Eight stories, eight windows on reality, from horror to magic, a terrific reading by Anna Ferrari, involving your deeper feelings and connecting you to the meta-universe, in the footsteps of gigantic writers like Henry James, E. A. Poe, and H. P. Lovecraft.

I am very satisfied and happy to announce that one of my books has been published in English. Its title is Small Narratives. I would like to share my contentment, presenting this little book.

Small Narratives is a collection of eight short stories which are like eight windows on reality. The epigraph from  George Eliot’s Middlemarch, reminds us that just as there are great personalities in the world, pure common people also exist, deserving as much attention. These people are like you, like me, like everyone. 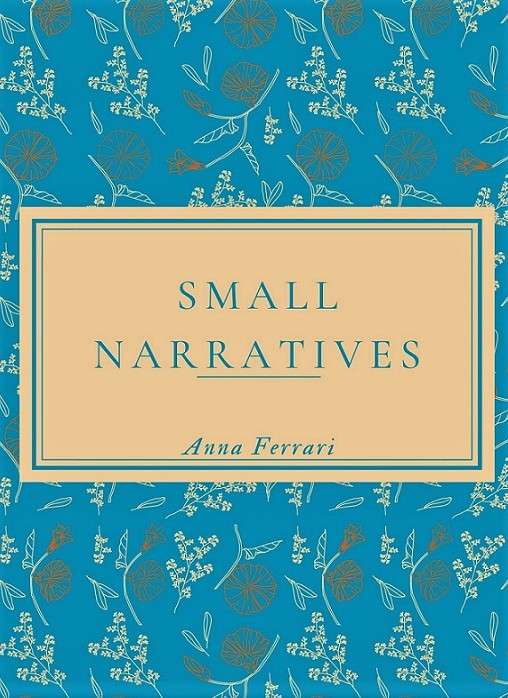 Each story in Small Narratives has a different style, although they belong to a personal genre that I call the Fantastic Real, where fancy goes hand in hand with reality and becomes its ideal completion, since not everything is explainable, not everything can be rationalized, but a lot is simply there to observe, with a free heart and mind, and is there to believe in, through a pure burst of trust.

Coleridge asserts that when we face a “strange, inexplicable event,” we must not discard it as absurd, but we must consciously suspend disbelief. There must be an effort to go beyond what our rationality understands, to take a further step towards that which does not belong to the habitual view of reality. 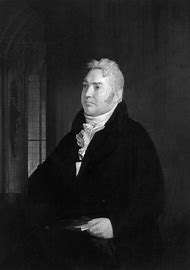 To fully understand the world, you should suspend your disbilief (S. T Coleridge 1772-1834)

This is not only the weirdness of lunatic poets, but a solid scientific principle that helped the greatest man of science to elaborate on new theories of physics and the Universe.

In the end, we must adopt a poetic attitude toward existence in order to fully comprehend it.

Keats delves deeply into his reflections; he believes that a true poet must have “negative capability.”

I’m referring to “negative capability,” or the ability of a man to be in uncertainties, mysteries, and doubts without becoming irritated by the pursuit of fact and reason.

If you have ever experienced moments in life when you do not know where you exactly are or what to do, because you still do not know the entire process, you often suffer, are afraid, and would like to know more. Keats advises you to do differently: to linger in these doubts, to even live them, and wait until the moment of conscience arrives.

This is what the tales imply, as homages to a broader condition, more openly existential, which invites you to look over the top and find the sense even when it seems absent.

The first story of the collection, “Black and White,” portrays the lives of two playmates that would seem mismatched: a dog, White, and a cat, Black. They are two wonderful beings who love, suffer, are grateful, spiteful, and live unaware of the enormous gift they give to their human “parents” simply by existing.

“The Little Girl on the Bus” begins slowly, then it takes a sudden turn and goes backwards to an episode when the protagonist was a child, which has deeply marked her spiritually, the memory of which is not so much visible, as inner and emotional. The very nature of this memory brings the narrative to very high, intimate levels, revealing still unresolved traits of her personality.

“Free Will” is a gothic tale: a cursed mirror, the devil, wickedness for its own sake, incredulous victims. Everything happens for no reason, which is to say that evil exists and can dispose of human beings at will. 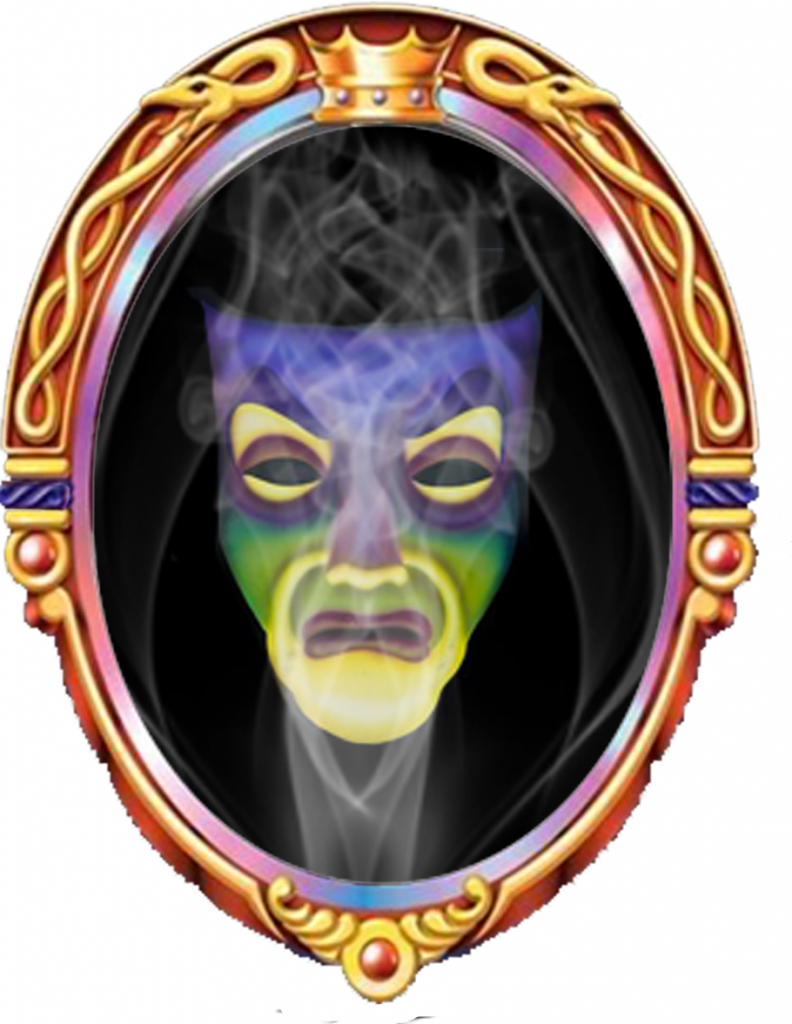 A devilish mirror, in “Free Will”. From horror to magic, Small Narratives offers eight different windows on reality.

“Macbeth. Story of a Fool” is built in the footsteps of the Shakespearean tragedy. It is set in the world of theatre. The names of the main characters are the original ones. The manias, the obsessions, and the distorted passions are the same as those of the mad regicide. As we know, the fantastic plays an important part in Macbeth: the three witches utter prophecies that will drive the brave soldier insane. Even in this story,

The fantastic attracts to itself the protagonists’ destinies, who play their lives on the most futile of human feelings: ambition as an end.

“Memories” is a delicate journey in the narrator’s mind, in a moment of solitude, in which it gets lost in thoughts unrelated to each other, but have a common theme: the nature of memories and how much of ourselves matters to remember.

A bit of melancholy, but also of sustained hope and vivacity of thought underlie the inner confession, with which it is not difficult to empathize.

The “eleventh commandment: not to judge” narrates the school world with disillusionment: incomprehension, jealousy of one’s role, indulgence towards parents and students, who today are the “customers” of the educational institution, break the balance of a very capable teacher who is also a nun.

Such are the sadness and disappointment the protagonist suffers that these feelings penetrate the reader, and their impressiveness is like the forsaking of one’s hope in a better world. Not all stories, like life, can have a happy ending.

“A mother” introduces a note of joy. A common school interview becomes an opportunity for mutual growth between the mother and the teacher. Two women with strong and combative personalities, surprised by the unusually confidential tone of the conversation, try together to find a way to convey safety and serenity to the people they love and who are living in a moment of confusion.

The mother understands how to measure herself against her own limits, and consequently,

The teacher becomes fully aware of the dozens of individualities that exist in a class, who you often know very little about but who have their own motions of the soul.

The teacher warns that the presence of the school should manifest itself in approaching each of them in the best way to help them grow, emotionally and intellectually, going beyond bureaucracy, self-interest, and egotism.

The collection closes with “And anyway… what has to happen, happens”, another gothic story in the footsteps of the great E. A. Poe, in which mystery and suspense alternate, impressing the readers’ attention. The strain persists until the end, and when anxiety gives way to relaxation, not without subtle signs of excitement, reality seems more impenetrable than dreams.

In Small Narratives, the structural theme is memory, not forgetting:

Memory, remembering is a constant thought, which for me means “to keep alive”: if I do not forget and tell those who come after me, then the past will not disperse, but will be a fertile sap and constant companion.

Likewise, I long to be someone’s memory for fear of death or a desire for immortality, which are the same thing.

These stories were written in different moments, at various intervals. They were born spontaneously, from my everyday life, my reflections, and my spiritual encounters with soulmates (which, most often, are my pets). Writing them was a path to self-awareness, about the relationships between myself and the nature of memory, the presence of death and the external world.

In Small Narratives the the theme of passing on one’s memory is fundamental.

My greatest hope is that I succeeded in communicating all this to my readers, because every story, or rather, all my writings, are created for a reader to listen to and understand, so great is my desire to pass it on.